In India, as in other developing countries, the life expectancy of the people has risen significantly. In old age physical strength deteriorates, mental stability diminishes; money power becomes bleak coupled with negligence from the younger generation. In this scenario, visually impaired people find it further difficult to cope up with this stage of life.

To overcome this problem, Help the Aged Scheme was started by our organization in the year 1976 with the corpus of Rs.76, 000/-donated by Helpage India.

Since then BPA has been providing this service to infirm and aged Blind Senior Citizens above the age of 55 to meet their expenses such as Medicines, Grocery, Toiletries, Clothing etc.The purpose of this scheme is also to maintain a good rapport and continuous personal touch with these senior citizens who otherwise feel neglected. The visit of our Field Officer to these people every month provides an opportunity for these senior citizens to come out of their solitude, give vent to their feelings, and share their anguishes.

Under this scheme, initially a sum of Rs. 75/- per month was given to each client, which was gradually raised to Rs.300/-p.m.

However, due to steep rise in the cost of living, this amount is too meager to meet their daily needs. For a long time we have been contemplating to increase this amount substantially and cater to more beneficiaries subject to availability of funds.

Therefore, we request Philanthropists like you to donate generously towards this scheme.

You may sponsor one or more blind senior  citizens by donating Rs. 6000/- per person, per annum.

Criteria for Clients to avail this scheme – 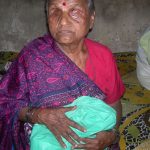 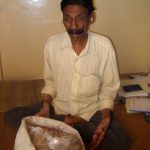 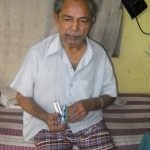